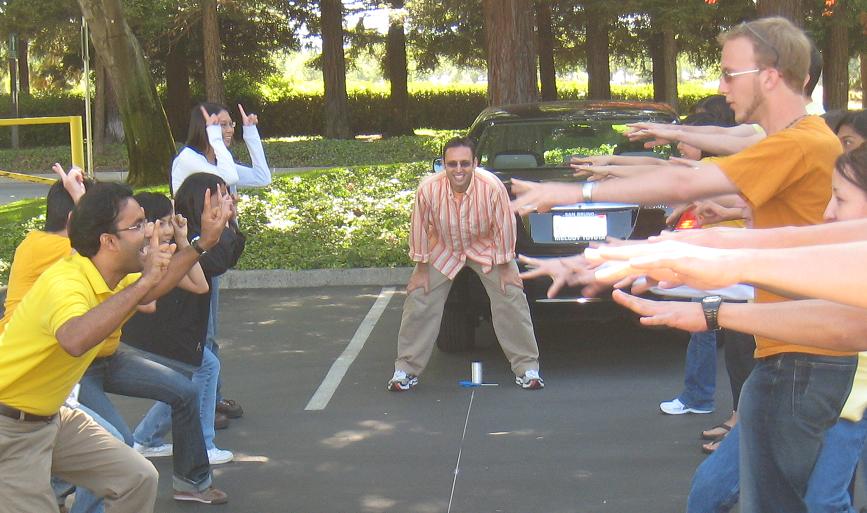 The group on the left chose elves, and the group on the right chose wizards... let the chasing begin! all part of the fun... with this team building activity

Draw a line in the center of the space to split the space into a center space (with enough room for the group to run around) and then draw a line on each end for safety zones.

Can you help make this activity better? Do you know an alternate way to lead this activity? Click "edit" above and help improve this site for everyone!
Retrieved from "https://www.teampedia.net/wiki/index.php?title=Giants,_Wizards,_Elves&oldid=121750"
Categories: